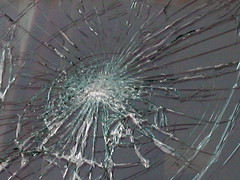 Newark Delaware resident David Reyne, 42, was driving a 1991 Nissan NX northbound on DE Rte 301 Monday night when a car pulled out from behind a tractor-trailer truck driving in the opposite direction and hit his vehicle head on.

48-year-old Allan K Belile was the driver of the 2000 Mitsubishi Eclipse that attempted to pass the trailer truck and hit Reyne’s car.  Both Belile, Reyne, and the passenger in Reyne’s car were transported by EMS crews to a local hospital with non-fatal injuries.

Authorities are planning on arresting Belile once he has been released from the hospital.  Some of the charges against him currently include two counts of vehicular assault, and one count of 4th offense, driving under the influence of alcohol.

No one plans on suffering injuries when they get in their vehicle, but accidents still happen even when all necessary precautions are taken. The average person believes that they will arrive safely on the door step of their intended destination, no worse for wear.… Read More

The city of York is happily experiencing revitalization of the downtown area, which is where you are if you have a day in court in York County. The Downtown Inc consortium, at 16 N George St., encourages and promotes the growth of new businesses to inhabit historic spaces, and that includes restaurants – which is great for them as well as you, if you are in the courthouse during weekdays, and feel the need to eat!

We’re sharing this info for visitors to the historic city, and for residents who might not know what’s new here, or who might just want a creative nudge to go get lunch somewhere different.  Leave the car – these 10 spots are close walking distance from Court (hashtag “boost your heart AND your appetite”!), and grouped in order of proximity.   And FYI, these are weekday schedules only.  For weekends, check local listings.

(Google Maps disclaimer: “These directions are for planning purposes only.… Read More 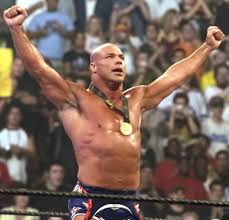 Kurt Angle, the wrestler who became world famous after winning the 1996 Olympic Gold with a broken neck, spoke out about his fight with addiction recently. Angle admitted freely to having had a drug and alcohol problem ever since his second broken neck when he first started abusing painkillers. Since then he says he has had multiple DUI and reckless driving arrests and failed to be the family man he wanted to be. Now that he has been clean and sober for a little over a year, he is beginning to speak out publicly concerning his fight against addiction.

While slips in judgment do occur, not everyone is the forgiving sort and the law certainly isn’t. If you find yourself in a DUI related situation it is in your best interests to contact a lawyer immediately, Like Steven Kellis. The Law Offices of Steven Kellis are experts in DUI Law. Steven Kellis brings twenty plus years of jury trial expertise to bare on your behalf.… Read More 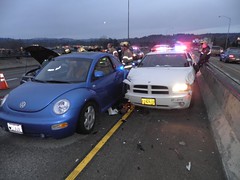 Everyone deserves to have their side of the story told. All too often, guilt is simply assumed when it comes to the possibility of drunk driving. There are a great many mitigating circumstances that few every account for, which can easily be overlooked if the defendant does not have a competent and skilled DUI defense attorney on his or her side. DUI law can be a complicated thing and it takes a keen legal mind to sort it out to the defendant’s benefit.

A SEPTA police officer was injured when his vehicle was struck by an alleged drunk driver.

The officer was in the Old City section of Philadelphia around 4 in the morning when a white SUV slammed into his car. The impact was hard enough to drive the officer’s cruiser into a light post and up onto the curb.

An unidentified driver was arrested for drunk driving. Media reports say the driver had a blood alcohol level of .149, which is twice the legal limit.… Read More 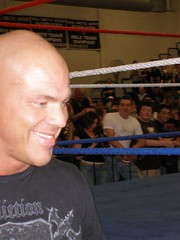 No one is perfect or flawless. Because we all make mistakes, we are prone to doing things that might well get us into trouble. Driving under the influence is one of those things. Many people who are arrested for drunk driving didn’t even know they were drunk at the time, having had only a few drinks. Others have had repeated difficulty with DUI. Whatever the case may be, such mistakes need to be dealt with in a spirit of compassion and understanding, which is something a DUI defense lawyer understands fully.
A professional wrestler, raised in Pittsburgh, had a humble childhood, but became an Olympic gold medalist and an international star. He has also struggled with alcohol and drug abuse all his life. Recently, he has been telling the story of his fight to overcome addiction.

In the 1996 Olympic Games, the wrestler suffered a broken neck — yet still won the gold medal.… Read More 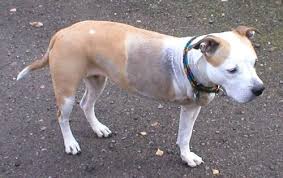 Forty-nine-year-old Susan Martino of Aston was, reportedly, drunk on two pints of Windsor Canadian Whiskey when she crashed her car in the parking lot of a Shop Rite Saturday. Despite her condition and failing a field sobriety test, Martino seemed more concerned for her three legged dog that was in the vehicle at the time of the crash then for her own situation. This will be Martino’s second DUI offense and she will face additional charges of driving on a license that was already suspended for failing to pay her insurance. A tow truck driver brought the three legged Shepherd to a local veterinarian’s office where Martino picked the dog up after being released.

A DUI conviction can have life altering effects for years down the road, effects that can cost people jobs, educations and even their families. Hiring an experienced DUI attorney can make all the difference when facing charges.… Read More 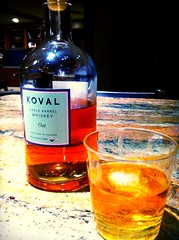 There’s no doubt that drinking while driving is a dangerous practice. Everyone can agree on that. But there are so many circumstances that can be behind a DUI charge that prosecuting should rarely be easy. Too many people are arrested when they are not actually drunk, or after making an honest mistake. Often, the police collect evidence in the wrong manner. Whatever the case, most DUI cases are at least somewhat defensible — if the right lawyer is on hand.

A woman got a second DUI offense when she crashed her car in an Upper Derby parking lot, with her three-legged dog in the back of the vehicle.

Police believe the 49-year-old woman had consumed at least two pints of whiskey before the crash occurred. Officers investigated the parking lot of a store after reports of a crash. They found the woman holding to the back of a pickup truck, according to the Upper Darby police superintendant.… Read More

he presence of DUI charges, or even suspicions, can make any matter a lot more complicated. Just the accusation can result in job loss, family strife, and financially crippling fines. Too few people know that there are ways to defend against the harm done to them by DUI charges, with the help of a skilled and determined attorney who knows the laws of the state.

In the peaceful town of Narberth, an incidence of DUI has made the community a bit less peaceful.

A 65-year-old man, a borough manager, was charged with DUI after a police officer spotted the manager’s car driving somewhat erratically. Just weeks earlier, a veteran police officer of the Narberth police force, comprised of six members, had been reinstated after his firing for problems with alcohol, including exposing himself at a local bar.

Borough officials make no comment on either of those issues, claiming an unwillingness to speak about personal matters.… Read More 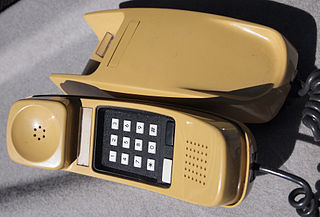 DUI charges can have a powerful effect; not just on the one accused, but on loved one, as well. Even for those who are accused wrongfully, there are financial costs and social costs, which can be severe if the defendant does not have good legal advice to help him or her through such an awful circumstance.

Four scammers have attempted to take advantage of the effect of DUI charges by enacting what has come to be known as the Grandparent Scam, in which they stole thousands of dollars from the elderly.

These four may have stolen at least $162,000 and are accused of attempting to steal $37,325 more from various sources. From just one woman in Texas, these people allegedly took more than $64,000 through fraud.

The four, arrested in Philadelphia, are not the only ones engaging in the Grandparent scam. According to the Federal Trade Commission, as much as $42 million may have been stolen through this method.… Read More

The quiet and picturesque town of Narberth is not known as a party town. It is best known for its pleasant downtown and 4th of July fireworks as well as its friendly, family neighborhoods. Recently however, it seems that some members of the town’s law enforcement and governing body are looking to cut loose.

Officer Michael T. Gannon, who has recently been reinstated to the tiny Narberth Police Department, was dismissed for getting overly drunk at a retirement party for one of his coworkers, exposing himself to the patrons of the bar at which they were drinking at and making inappropriate comments to a female officer. This being just the latest in a string of disciplinary actions taken against him, stretching all the way back to 1997. More recently, Borough Manager William J. Martin, age sixty five, was charged with DUI. Another local Official stated that he hoped that “Mr.… Read More