The Supreme Court in the State of Kansas has passed a landmark decision concerning drunk drivers that will make it more difficult for law enforcement. If a driver passes a sobriety test, even if he or she is sitting in the stench of booze, that person will be free to go. According to Defense Attorney David Langston, this will insure that law enforcement has to have more of a reason to charge someone with DUI than just the smell of alcohol on them. Opponents are worried that while it may keep drivers from being wrongfully harassed it may insure that more drunk drivers will be allowed to get behind the wheel.

While these make tougher standards that law enforcement must follow, sobriety tests may still be administered and enforced and the charge of DUI will still have jail and fine consequences attached.

It is not uncommon for law enforcement to make key mistakes when handling DUI / DWI cases.… Read More Call it peer pressure, socialization, or learning by example; a recent study has shown that teens who have ridden as passengers with impaired drivers have an increased risk of driving drunk themselves. According to a recent USA Today article, the government-funded study, which was authored by Bruce Simons-Morton, a senior investigator with the National Institutes of Child Health and Human Development, examined about 2,500 students nationwide over a two-year period as they progressed from 10th grade to 12th grade. Each year, a survey was given to the students in order to determine how many times within the past year they had ridden with a driver who was under the influence of drugs or alcohol. The survey results indicated that those students who had ridden with an impaired driver at least once in each of the three surveys were 120 times more likely to drive while impaired themselves.

Researchers explain that driving experiences in an individual’s teenage years and early adulthood are highly influenced by their social surroundings.… Read More In a mandatory test, Officer Gibson registered a 0.128 on two blood-alcohol tests, which is well above the 0.08 limit. It is unclear what Officer Gibson’s current status with the police department.… Read More 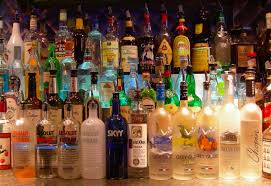 It is a fact that in our society you are innocent until proven guilty in a court of law. Of course, sometimes assumptions of guilt are easy to make if you have made similar mistakes in the past. Take this case of a Dover man who was recently arrested on his sixth DUI charge.

At 4:38 P.M on March 21th 2014, law enforcement was dispatched to Royal Farms, located on West Lebanon Road and South State Street. Authorities indicate that a man was found to be asleep inside a vehicle that was running. It goes without saying that we expect who are entrusted with the safety of children to take every reasonable precaution to keep them safe and out of harm’s way. For one Pennsylvania bus driver, however, may have not met that expectation and could be facing some serious consequences as a result.

According to police officials, Benton Area School District driver, Jennifer Watson, took the children on her route back to school instead of taking them home after classes had concluded for the day. The driver later acknowledged having eaten raisins that had been soaked in gin. The driver further claims that the spiked fruit help as a headache remedy.

Students told officials that Watson had been exhibiting belligerent behavior which included yelling, cursing as well as swerving the bus during the afternoon route. At least one student said that the driver appeared to be driving her morning bus route rather than the one taken when taking students home.… Read More 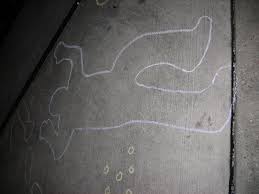 A man who has been charged with felony DUI has waived his right to a primary hearing in connection of killing a pedestrian while under the influence of alcohol.

The driver, Michael Rafaloski, 25, is currently facing the charges of homicide by vehicle, involuntary manslaughter and other crimes in connection with a crash in February that resulted in the death of Sean Conroy, 25, of Munhall.

According to official reports, the Pittsburgh police received a report that Conroy had been found lying on the road in the 2300 block of Pioneer after a call to 911. Conroy was taken to an area hospital where he later died as a result of his injuries.

Police indicate that officers came upon a blue Ford Explorer that had suffered front end damage parked in the driveway of the home of Rafaloski. According to police reports, Rafaloski had a BAC of 0.129, nearly twice the legal limit.… Read More Everyone deserves a fair trial. This right is built into local, state and federal branches of the United States government. Sometimes, however, a case can be tried in the “court of public opinion.” The media plays a key role in this. Also, a person with a pattern of convictions can make things very difficult on themselves.

This is what a Delaware man is currently facing after being charged with his 12th DUI after he fled the scene of an accident he was involved in.

According to authorities, police responded to a report of an accident on Nine Foot Road in Dagsboro, DE. at approximately, 7 :25 p.m., on a Friday evening. Eyewitnesses to the incident reported a man having left the scene of the accident.

When police arrived at the scene, officers found a 1998 Ford Mustang that had driven off of the road. Investigating the scene, the driver, James Fisher, 55, was found hiding in the underbrush near the vehicle.… Read More

A guard who was at a security checkpoint at the Philadelphia Naval Yard in South Philadelphia was injured after a car crashed into the security booth he was in on Monday night.

The guard, whose identity has not been released, was taken to the University of Pennsylvania with neck, back and hip injuries and is listed in stable condition.

The driver who crashed into the guard shack was arrested under suspicion of DUI. His identity has not been released.

So often, people believe that if you have been taken into custody for drunken driving that there’s no chance of escaping the charge. This is not always the case, depending on how law enforcement officers handle an arrest. Sometimes mistakes are made and those mistakes can mean all the difference in whether a DUI charge sticks or whether it is reduced or dismissed.

A good and experienced and knowledgeable DUI defense attorney will want to file pretrial motions so that evidence against their client can be suppressed.… Read More A collision involving a tractor-trailer and a Honda Odyssey minivan recently closed the southbound lanes of I-95 during morning rush hour, causing traffic to back up for hours in northeast Philadelphia. At approximately 4:15 a.m. on March 5, Nicholas Harris, a 24-year-old Wilmington man, was traveling southbound on I-95 in his minivan when he stopped his vehicle partially in the right-hand lane of the highway and partially on the right shoulder of the interstate. Meanwhile, 32-year-old Brandon Ballard of Philadelphia was driving a tractor-trailer in the right southbound lane when he suddenly swerved in order to avoid hitting Harris’ vehicle. Despite his efforts, Ballard sideswiped the van and ran off the road, causing the tractor-trailer to turn on its side in the ditch alongside the road.

As a result of the accident, Ballard was trapped inside the tractor-trailer for an hour before rescuers were able to free him. Ballard suffered major injuries in the accident, which were not specified by the media report.… Read More

No matter what the circumstances, a DUI charge can be devastating. The punishments are harsh and a conviction can carry a social stigma which is difficult to overcome. Anyone who finds themselves in these circumstances absolutely must find the best attorney possible for the job to fight these charges — or at least make sure the rights of the defendant are observed at all times.

As proof such a thing could happen to almost anyone, an Upper Darby police officer has been charged with driving under the influence in a hit-and-run accident. According to investigators, he struck a car one night and just kept going.

The driver of the struck vehicle followed the officer’s car around the block and waited until the police arrived, where they found the suspect still behind the wheel of the striking vehicle. He was pulled over not very far from his home in Marple Township, and authorities believe he was going to head home when the accident occurred.… Read More