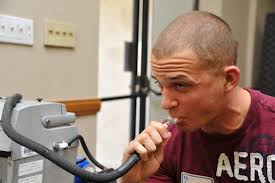 A woman from Cranston, Rhode is currently facing charges of DUI after she drove the wrong way down Interstate 95.

According to Rhode Island State Police, a state trooper spotted headlights spotted a car driving north in the southbound lanes of I-95 near Exit 16 at approximately 1:30 a.m. on Sunday.

The Trooper was able to stop the driver, Amanda Pizzi, 29, and administer field sobriety tests to her. When she failed the tests, Pizzi was taken into custody.

If you get by the wheel while under the influence of alcohol, you are committing a criminal act. In every state in the U.S., it is illegal to be behind the wheel with a blood alcohol level greater than 0.08 percent. For those who have a commercial or truck driving license, that limit is set even lower at 0.04 percent – even when they are off duty.

Having a DUI conviction can be devastating. A conviction on your record can result in jail time, large fines many hours of community service, a loss of insurance and can even cost you your license.

But even after being charged with DUI or DWI in the state of Pennsylvania, you can fight those charges because everyone is entitled to a fair trial to meet the accusations made against them. Having an experienced DUI attorney is the best key to defending yourself.

At the Law Offices of Steven E. Kellis, we specialize in DUI defense cases. When you are accused of DUI or DWI, you can rest in the knowledge that Mr. Kellis has more than 20 years of experience, as both a prosecutor and a defender of DUI clients.