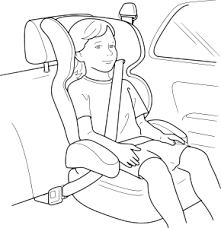 It is possible for anyone to make wrong choices in life from time to time. Some people, however, make consistently questionable choices that can add up to a big problem, especially if children are involved.

That is the case with a woman who is currently facing DUI charges while she had her 2-year-old daughter in the car. According to police, it’s happened before. What makes this different, however, is that the police were made aware of the incident because the woman involved, Stacy Jo Watters, 40, was chasing and harassing another driver in a fit of road rage.

According to Moon Township Police Chief, Leo McCarthy, Watters was driving her white Toyota SUV on University Boulevard before pulling off onto Shafer Road. 911 received a call from a frantic young woman who was being chased by another driver that had managed to ram their vehicle into hers repeatedly. The young woman gave a description of the suspect, their vehicle and the call went out over police dispatch.

When officers finally caught up with Watters, they found that she had a very young child with her in a child’s safety seat. Watters was questioned by officers, who indicated that she had a strong smell of alcohol on her breath. The officers then gave her several field sobriety tests which she failed. She admitted to police that she had drank two bottles of whiskey at home and taken a Percocet the night before the incident. Upon checking into Watters record, police found a DUI in Fayette Township in February of this year that is pending.

Regardless of the choices you make in life, getting a fair trial and having your side of the story heard is guaranteed by law. No case can be deemed completely hopeless, yet sometimes those charged with DUI simply give up and plead guilty of the charge without a fight. A good DUI defense attorney will know that it is possible, even with past citations, to have charges reduced or even dismissed, depending on how a case was handled by law enforcement.

The Law Offices of Steven E. Kellis can be contacted 24 hours a day, 7 days a week. Call or use our contact form here on our website today. We will schedule an appointment for a free consultation and legal analysis for you to meet with Mr. Kellis and discuss the details of your case. Steven Kellis can help you decide what your best options are. Call today.