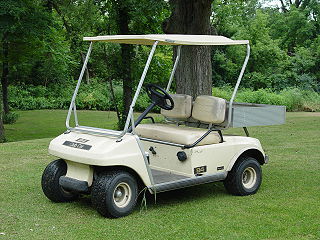 Everyone does something they might later regret in their lives. Unfortunately, some of these things can spiral out of control and end up as criminal charges, including DUI. A mistake, especially when no one is hurt, should mean a jail sentence or a ruined reputation. The help of a skilled DUI defense attorney can make all the difference.

Three men are being charged for allegedly stealing two golf carts from a Washington County golf course for a joyride.

According to the Peters Township police chief, the three alleged joyriders were able to dislodge part of the fence and enter the golf course after hours on a Saturday night.

The three suspects were all 24-year-old males.

Someone was seen riding a golf cart on a cul-de-sac and the police were called in at around 10:30 at night. The one who called in the tip actually chased the golf cart on foot. As a jogger, he was able to keep up with them for quite some time, until the driver of the cart lost control and crashed, leaving the vehicle near a maintenance building.

According to the chief, the driver was intoxicated and had a pipe and marijuana on his person. Another joyrider fled the scene, but he was soon found, because the first man caught reported on the second.

The chief said, however, that the second man was not the one riding in the cart with the intoxicated suspect, which led to the arrest of a third individual.

All three of the suspects are charged with trespassing, theft, and unauthorized use of a motor vehicle, with the cart driver facing DUI and drug charges, as well.

All of them made bond and were released from Washington County jail.

If you’ve been arrested for a DUI, your first priority should be to get the best DUI defense attorney you can find. Call the office of Steven Kellis and you’ll find just what you need. We’ll do everything we can to make sure your case reaches its best possible resolution.