Home» Blog» In The News» The Worse the Infraction, the Harder the Defense 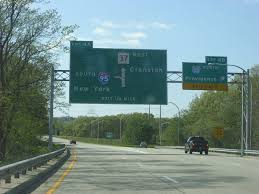 Most people who are caught with DUI are caught because of some other minor traffic infraction. It could be a busted light, an improper signal, or something other tiny thing that gives the police an excuse to pull you over and search you and your vehicle. However, sometimes the thing that signals the police is something big.

A case like this happened in Rhode Island recently. A woman is now facing DUI charges after driving the wrong way down I-95 in the high-speed lane. When her blood alcohol content was analyzed it was found to be over twice the legal limit.

The more evidence that an officer has on you, the harder your case will be to defend. That’s why it’s important to have a skilled DUI defense lawyer on your side if you are facing this charge. Call the law office of Steven Kellis today for a free consultation if you have been charged with DUI in Pennsylvania.