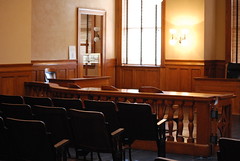 Everyone makes mistakes and some of these mistakes end in tragedy. Many times, these mistakes were the result of a momentary lapse of judgment — something that would never happen again, under many circumstances. Yet when the mistake is driving under the influence, many want to punish the defendant to the fullest extent of the law, making the mistake of the moment something that is paid back with a life in prison. A good legal mind is needed to push back against that impulse, so the penalty fits the action.

A 19-year-old Fayette County man has been charged in the death of a 19-year-old woman who was a passenger in his car when he drove her home from a party. The charges include homicide by vehicle while DUI, accident involving personal injury or death, DUI, and other offenses.

According to police, the young man’s blood alcohol level was .117, which is more than five times the legal limit for someone under 21 years of age. He was driving a bit over 50 miles per hour in a place where the speed limit was 25 mph in Dunbar Township when he missed a curve and hit a guard rail post and bridge abutment. The car was launched into the air and crashed into a tree. Troopers say the evidence at the scene looks like the driver did not try to stop the vehicle. The impact was largely on the passenger side where the young woman was sitting. She was pronounced dead less than a day later.

The driver’s attorney says this was an accident that could have happened to anyone, and alcohol wasn’t even a factor. While it was a tragedy, it was not a tragedy that deserves DUI charges. When DUI is involved with the charges, there is a mandatory minimum sentence if the client is convicted.

If you’ve been charged in a DUI-related matter, we can help you at the offices of Steven Kellis. Call us today for a free consultation. We understand how difficult these events can be for everyone involved and will work hard to see your case is brought to its best possible resolution.