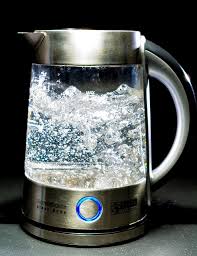 There are many factors that go into deciding the outcome of a DUI case, but these details are easily missed by those not trained in the law. Often, if a DUI defendant doesn’t know his or her rights, they might well be overlooked in the prosecution’s zeal to get another alleged DUI offender off the streets. Every single person arrested for DUI needs a competent and experienced attorney to ensure all rights of the defendant are respected.

A teacher’s aide in Berks County was arrested after she allegedly ripped up an elementary school lawn due to driving under the influence.

The 48-year-old teacher’s aide, of Hamburg, Pennsylvania, was attempting to park her car around 9 in the morning, according to investigators, when she ran into a backhoe in the parking lot. When she tried to reverse her car, then drive forward again, she struck the backhoe once more.

Once again, she put her car in reverse and sped up, but instead of leaving, she drove into the curb a number of times, eventually driving onto the lawn, before finally driving down the street only to hit a parked car, police say.

Witnesses were able to take the keys out of the car once the vehicle came to a halt.

The teacher’s aid was arrested on suspicion of driving under the influence and other related offenses. Police have yet to give her official charges, pending the results of her blood test.

If you’ve been arrested on DUI related offenses, you’re going to need a good DUI defense attorney. You’ll find just what you need at the office of Steven Kellis. Call us today for a free consultation, so we can begin our own investigation to counter the claims the prosecution will make against you.