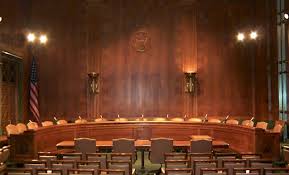 At a recent hearing Pennsylvania State Senate committee have heard from witnesses who hope that the state’s DUI laws can be toughened. Many say that the current laws that are on the books are not strong enough to keep repeat DUI offenders off the road.

One such witness, Robert Crowley, suffered the loss of his 24-year-old son because of a repeat drunken driving offender who has been labeled the worst drunk driver in Chester County.

Another witness, Chris Demko lost his 18-year-old daughter to another driver who was both DUI and high on heroin at the time of the accident.

Chris Demko, whose 18-year daughter Meredith was killed was killed in July by a driver who was intoxicated and high on heroin cautioned, “Don’t let it be too late for others.”

Media sources say that an average, one person per day is killed by a driver under the influence of either alcohol or other intoxicating substance in the state of Pennsylvania. Many are concerned that an offender can make repeated offenses and somehow still manage to keep their license from being taken away.

According to Lancaster County District Attorney Craig W. Stedman, there is a need for lawmakers to address a current legal loophole which allows repeat offenders to avoid serious punishment. This loophole was created in 2009 when it was determined that until a person suspected of DUI is actually convicted, each repeating offense thereafter must be considered a first time offense and would consequently overturn what the law’s intent actually was.

According to Stedman and others, this current law needs to be rewritten and escalating punishments for DUI offenders should be put in its place in order to keep those offenders off the road.

Legislators and citizen witnesses are hopeful that the 2009 Supreme Court decision will be addressed as early as later this year.

Attorney Steven E. Kellis knows the law surrounding DUI cases. He has over 20 years of experience in successfully arguing for his DUI clients. Contact him with the details of your case today.