Home» Blog» In The News» Snowplow Driver Charged with DUI 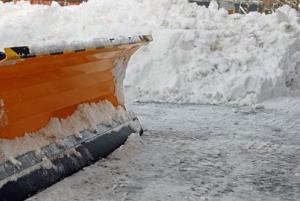 A snowplow driver from the state of West Virginia has recently been charged with DUI.  56-year-old Thomas Henderson of Elkhorn, West Virginia, was pulled over by a McDowell County Sheriff’s deputy on Burke Mountain late on January 29th at around 11:30 p.m. because of a headlight that was out on the vehicle.

When stopped, the deputy smelled alcohol in the vehicle. He administered field sobriety tests which Henderson failed. Henderson later blew a .09 in a Breathalyzer test, a level which is above West Virginia’s current legal limit of .08, and far higher than the limit of .04 for holders of commercial driver’s licenses.

Henderson was taken to the McDowell County holding unit and was arraigned on Thursday, January 30th. He was later released on $500 bond.

Operating a motor vehicle while under the influence of alcohol or other substances is considered a criminal offense. Those holding standard drivers’ licenses should never have a BAC level of more than 0.08 percent, and holders of commercial driver’s license, like those of truck drivers, for example, should never have a BAC of over 0.04 percent – even if they are off duty.

A DUI conviction can spell disaster for your career if it is on your record. If you are convicted of DUI charges, having that conviction on your record may result in fines, a loss of employment, loss of insurance and your license, as well as jail time and required community service hours. The unfortunate truth is that many times someone who has been arrested and charged with DUI or DWI does not realize that they are able to fight against the charges that are made against them.

At the Law Offices of Steven E. Kellis, we specialize in DUI defense cases. Mr. Kellis has over 20 years of experience; Mr. Kellis knows DUI and DWI law. Because he has been on both sides of the courtroom, he will diligently defend his clients. Mr. Kellis has a high rate of success and he can succeed for you. If you or a loved one has been accused of an alcohol related incident, we are here for you and we are on your side. Call today to make an appointment at our toll free number or use the contact form here on our website. We are here for you, 24 hours a day, 7 days a week.