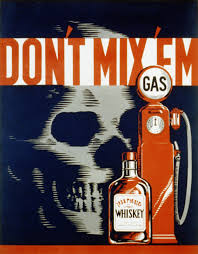 Each and every person arrested for DUI has the right to a defense. The question is not if the defendant will have legal representation, but whether the quality of the defense will be sufficient to help. Taking public defense is always an option, but that is often taking a chance with an unknown lawyer. Securing a skilled DUI defense lawyer is always the best bet.

Newtown police arrested a man after a three vehicle crash on October 1. The man believed to have caused the accident was apprehended for DUI — his sixth arrest for that particular offense.

At around 2:30 in the afternoon, a 1989 Chevrolet Silverado, driven by the 36-year-old defendant from Upper Darby, ran into two other cars from behind while they waited for a red light to change.

Police arrived on the scene and determined the suspect was under the influence of either drugs or alcohol and unable to drive safely. They arrested him for DUI and took him to Springfield Hospital to take blood samples.

While they were processing the suspect, police learned he had gone through five previous DUI arrests since 2003 and his license had been suspended. They also found a warrant for his arrest for violating probation.

The suspect was taken to George Hill Correction Facility in lieu of bail.

If you’ve been arrested for DUI in the state of Pennsylvania, you’re going to want to make sure you have the best defense you can get. You’ll find it at the office of Steven Kellis. Call us today for a free consultation and we’ll work hard to protect your rights and give you the strongest defense possible.