A man is facing his 6th charge of DUI after a multi-vehicle crash that happened at the beginning of the month. 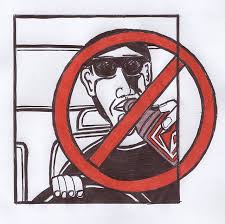 According to police in Newtown Square, at approximately 2”24 p.m. on Wednesday, October 1st, officers responded to a three-vehicle accident in Newton Square that happened at West Chester Pike and Barren Road.

According to investigators, Thomas Anthony Cleary, 36, of Upper Darby struck two other vehicles with his 1989 Chevrolet Silverado while they were waiting on a red traffic light.

Officers at the scene determined that Cleary was either under the influence of alcohol or drugs and was considered unsafe for being behind the wheel. Cleary was transported to Springfield Hospital for treatment of injuries and for blood testing.

Upon checking the status of Cleary’s license by computer, police found that his license was currently suspended due to five additional convictions of DUI. Police also found that there was a warrant for Cleary’s arrest for having violated probation.

Cleary was placed under arrest for DUI by police and was transported to George Hill Correction Facility where he is being held in lieu of bail being set.

No matter how serious you believe your DUI charge is, it is good to know that everyone has the right to a fair trial when they stand accused. In the case of DUI offenses, having a good lawyer who is able to get to the bottom of the circumstances surrounding an incident is the best advocate the accused can have in the courtroom.

You are certain to get that level of legal help with attorney Steven E. Kellis. Mr. Kellis has more than two decades of experience in DUI law on both sides of the courtroom and that kind of knowledge gives him a definitive advantage in making sure your side of the story is heard.

Call the offices of Steven E. Kellis to make an appointment and he will personally do everything he can to bring your case to its best possible resolution. Contact us by phone or by using the form here on our website.