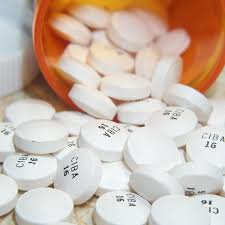 Our school bus drivers are held to some of the highest standards, yet sometimes a driver fails to live up to obligations. Sometimes it’s from alcohol, but sometimes it’s from the unexpected reaction of a prescription drug. That’s what may have happened to a recent case in Utah. A bus driver was arrested on suspicion of DUI after nearly hitting a car. The driver was carrying 67 students on a field trip.

According to the police report, muscle relaxants were found in the driver’s purse. 911 callers describe the driver as not staying within the lanes, crossing double-yellow lines, and ignoring honking drivers as the bus went down the carpool lane.

The driver had taken the children 40 miles down I-15 before she was successfully pulled over by the Utah Highway Patrol. Thankfully, no one was hurt on board and no cars were hit. According to the district, the driver had been working for six years and had no prior incidents. However, drivers are required to inform their supervisors if they had new prescription drugs and it is unknown if this had happened.

It’s very important to know what your prescription drugs might due to you before getting behind the wheel. Even if you’ve taken a drug before in the past, other factors like age and body weight can cause a drug to hit harder than expected. Driving under these conditions puts your life at risk, the lives of others at risk, and puts you at risk for a DUI charge.