Home» Blog» In The News» Prescription Drugs can lead to DUI 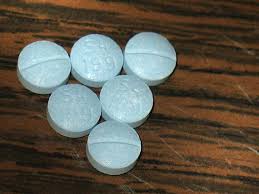 Prescription drug abuse is a top threat in our nation, and is more commonly seen than any other drug abuses. It can affect any age group or race, as seen in a recent arrest.

Nicole Scott from Beaver County was arrested for driving under the influence of prescription medications while driving her children to school.  A person at the school called the police because they observed that Scott was not able to drive because she was falling asleep mid-conversation.  After conducting three sobriety tests and failing all of them, Scott was arrested.  She was taken to a local hospital for a blood test that showed she had Oxycodone, Diazepam and Nordiazepam in her system.  The children are now with their grandmother and Scott faces charges of DUI and endangering the welfare of a child.

It can be hard to spot the symptoms of prescription drug abuse, since they can vary from medicine to medicine. Those who are on the lookout for signs should watch for sudden changes in mood and habits. Doctors and pharmacists need to be aware of patients who are constantly losing their medications or prescriptions, since that is a popular ploy to get more drugs to use improperly. Another item to watch for is accounts at multiple pharmacy chains. Addicts can attempt to bypass restrictions on drugs by picking them up through seemingly unrelated accounts.

If you have been arrested for driving under the influence, the first call you should make is to the Kellis Law office. Our team has years of experience in successfully defending against DUIs. We can help you, too. Contact us today.