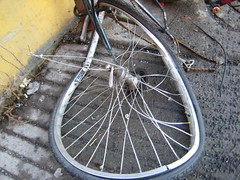 Thousands die yearly in car crashes at the hand off drunk drivers. DUI is a serious offence which may impairs ones vision and reflexes as well as motor skills. As such, making them unfit to operate heavy machinery.

On Route 13 earlier in January, 15 year old Zachary Gonzalez was a victim of DUI. Zachary and his friend Jeffrey were riding their bikes along their roadway when he was struck by 60 year old Brian Patterson. Patterson, who resides in Bristol, is said to have been taking prescription drugs and cocaine prior to the incident. Sarah Hughes, the mother of Jeffrey states that she still struggles daily to cope with the aftermath of the incident.

It has been confirmed that Patterson has had previous run ins with the law; DUIs dating up to fifteen years in the past and driving while his privileges were revoked. However, mention has also been made by the police that he will not face any charges in relation to the death of the teen. In her anger at this revelation, Hughes demands that justice be served for both the injured and the deceased. In the event that Patterson faces prison time, it will be for two drug possession charges all for one day each while serving a mandatory 3 day sentence.

It is not uncommon for wrong doers to continue roaming our streets without even a slap on the wrist. Just because it happens that does not make it okay. The law office of Steven E. Kellis, Pennsylvania DUI Attorney is here to assist with all matters concerning road injuries caused by inebriated drivers. Normally, these drivers do not end up killing themselves but rather innocent children and bystanders. We will not allow you to bear this burden alone, and we will take the necessary measures to ensure that settlement is made. Contact us anytime for a free case evaluation.