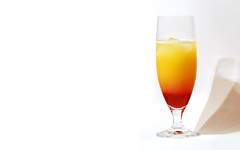 A Pittsburgh police officer has been sentenced one to two years on work release from a halfway house, followed by six months’ house arrest, after an off-duty motorcycle crash that killed his fiancee’s friend.

Lewis was convicted on involuntary manslaughter but was acquitted of homicide by vehicle while driving under the influence of alcohol. An Allegheny County judge pronounced sentence on Lewis on Monday.

Lewis’ conviction holds him responsible for Lojak’s death; however, it does not infer that Lewis’ intoxication was the direct cause of her death.

Lojak was attending a bachelorette party before she was killed. Lewis was giving her a ride home. At the time of the accident, Lewis’ blood alcohol content (BAC) was measured at 0.11 percent. The legal limit within the state of Pennsylvania is .08 percent for drivers.

Driving a vehicle of any kind, no matter if it is a car, a truck or motorcycle, under the influence of alcohol or other substances is considered a criminal offense. Having a DUI conviction on your record may result in fines, a loss of employment, loss of insurance and your license, as well as jail time and required community service hours. When a DUI accident leads to the death of another person, the charges become more serious and carry heavier penalties.

It is possible to have sentences reduced or dismissed even after you are charged with DUI or DWI in the state of Pennsylvania depending on how law enforcement officers handled your case.  At the Law Offices of Steven E. Kellis, we specialize in DUI defense cases. Mr. Kellis has over 20 years of experience, Mr. Kellis knows DUI and DWI law. Because he has been on both sides of the courtroom, he understands the best way to defend his clients.

Mr. Kellis has a high rate of success and he can succeed for you. If you or a loved one has been accused of an alcohol related incident, we are on your side. Call today to make an appointment at our toll free number or use the contact form here on our website. We are here to answer your call, 24 hours a day, 7 days a week.