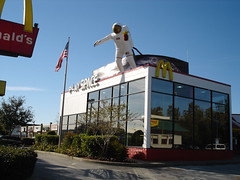 A simple charge of DUI is fairly weak, all things considered. There are lots of different ways that a DUI check can be compromised and thrown out of court. However, the more that happens during the situation that bias the police against the charge, the more difficult it will be to defend. Sometimes, there’s no way around it and all a defense lawyer can do is to try and soften the blow.

In this report from CBS Philly, a man in Delaware was arrested and charged with his fourth DUI. Other witnesses called the police to report that he was in the drive-thru harassing employees and threatening to ram other cars. When the police arrested him he was charged with DUI, possession of marijuana, and other charges.

We don’t know how the police tested for DUI, but with so many witnesses it will be difficult to defend against the other charges. All of these additional charges will further bias judges and juries toward a DUI conviction. At any kind of traffic stop or police encounter, it’s better to be polite and cooperative while still maintaining your rights.

Kellis Law has been representing suspected DUI offenders for 20 years. He knows the ins and outs of DUI law like few other people in Philadelphia do. For more information about how he could help you with your DUI charge, contact his office by calling the number at the top of the screen.