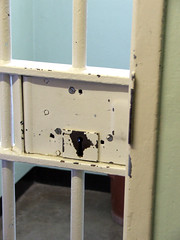 We rely on the police to protect us from criminals. That is their job, and it’s a very tough and demanding one that can offer little thanks. The stress of having to constantly deal with criminals and the legal system can be very wearing. Some bear it with a smile, but others push a little too far and end up getting disciplined. Then there are those that push way too far and see court time where they’re in the defendant’s seat.

In a story out of Delaware and reported on the AP wire, a Bethany Beach police officer is appealing a disciplinary decision. The decision to suspend the officer without pay comes from an incident where it was said he used excessive force in the arrest of a drunk driver and falsified two police reports. The officer was acquitted of the assault charge, but has been on disciplinary leave since then.

In order for a drunk driver to be successfully convicted, the police must do their jobs correctly. If they do not, the evidence can be throw out, or even the entire case. One of the major jobs of a defense attorney is to discredit the evidence of the prosecution. If a lawyer can begin working on your case early on, you may not even see a court room.

If you have been arrested for DUI in the state of Pennsylvania, call the law office of Steven Kellis as soon as possible. He has 20 years of DUI court experience on both sides. He knows what to look for. Call today.