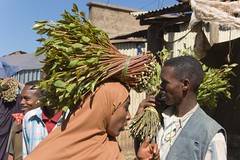 In Pennsylvania, drug offenses are among the most commonly prosecuted crimes. These offenses vary from possession of drugs or drug paraphernalia for personal use, to possession of dangerous drugs for sale, to manufacture of narcotic drugs, and to trafficking of drugs. DUI is a subset of these crimes.

The United States and Pennsylvania Constitutions, however, require law enforcement officers to conduct “reasonable” searches and seizures. Evidence obtained in violation of the Constitution must be suppressed. Consequently, the defense should always consider testing the reasonableness of the search through a motion to suppress this evidence.

A motion to suppress evidence is the mechanism used to challenge the States’ use of illegally obtained evidence. This motion is based upon the notion that evidence obtained as the product of a search or seizure that violates the Constitution must be suppressed. Following a hearing and oral argument, the court will rule on the motion to suppress. If the court grants the motion, the prosecution will be precluded from introducing any evidence seized as a product of the illegal search and/or seizure.

In possession of drugs for personal use cases, the prosecutor sometimes agrees to and/or offers the accused an opportunity to complete a substance abuse education and treatment program, as an alternative to the criminal prosecution. The prosecutor may make such an offer either prior to or after filing charges.