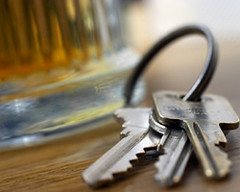 Accidents can happen to anyone, but there is an added dimension when it comes to the possibility of intoxication. What was simply a tragedy becomes a case that can ruin lives, even if no one was harmed. When someone is injured or even killed in one of these possible DUI accidents that makes it all the more difficult for the accused to be assured his or her case will be fairly heard.

A 25-year-old man has been charged with homicide by vehicle, involuntary manslaughter, and other crimes involved in that case after a crash which killed a 25-year-old man from Munhall. While prosecutors have dropped one count of driving under the influence, one count of that infraction still remains.

According to Pittsburgh police, they found the victim on the road after someone called in to 911 to report a crash. The victim was taken to UPMC Mercy, but he died there only about half an hour later.

Police state they found a blue Ford Explorer only a few blocks away at the defendant’s house, with a damaged front end. When the police tested the suspect, he had a blood alcohol level of 0.129, according to reports.

The accused told detectives that he drank at a pub earlier that evening with some friends and did remember hitting something, but thought it might have been a deer, so he kept driving, states the criminal complaint.

If you are a loved one has been accused of driving under the influence in Pennsylvania, your best option is Steven Kellis. Call us today to take advantage of decades of experience in DUI law, both as prosecution and defense. We know every aspect of the law and will help you bring your case to its best possible outcome.