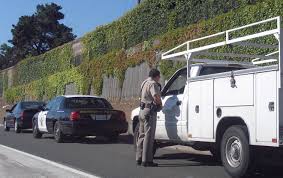 All too often, people are convicted by public opinion before they even have a chance to state their cases. This is especially common with DUI cases. The fact remains, however, that everyone should have a fair trial and the presumption of innocence, whether it is the first offense or not.

A 47-year-old man was arrested for allegedly driving under the influence, as well as driving with a suspended or revoked license, failure to remain in a single lane, and possession of a suspended license.

The Harrington Police Department says they received a 911 call at around 1 in the morning regarding a driver who may have been intoxicated on South DuPont Highway. Officers were sent to find the vehicle in question and say they saw it driving on the shoulder.

Officers pulled the car over and investigators say the officer smelled alcohol from inside the vehicle.

Standard sobriety tests were administered to the driver, after which he was arrested.

After the arrest, police discovered the driver had a suspended driver’s license and four previous DUI convictions with the first in 2001.

The suspect was arraigned and sent to Sussex Correctional Institute on $6,500 cash bail.

You don’t have to face your DUI charges alone. As soon as you can, call the offices of Steven Kellis. We’ll conduct our own investigation into the events surrounding your charges and do everything we can to make sure your case reaches its best possible resolution.