Home» Blog» In The News» DUI isn’t always the answer 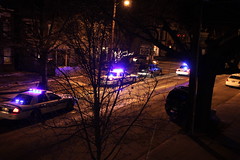 Occasionally, the media will report a story about a DUI crash without reporting all details about it. One would think that this is merely the result of having the need to fill up the pages within their websites. Let’s take a look at this particular case.

A rollover accident occurred in Northeast Philadelphia in the northbound lanes of Roosevelt Boulevard at Bridge Street. There were two people in the vehicle, a 19 year old female and a 31 year old male. Both of these people were injured and transported to the hospital. The man who was in the car with the driver was in critical condition. The female, apparently, was released into police custody.

Because DUI crashes are the second leading cause of crashes, the media and the police will turn their attention toward that choice. The 19 year old driver was taken into police custody because she was suspected of a DUI. While DUI is not the only answer, it is the easy answer.

There are many reasons why individuals get into car accidents. When we represent our clients, we dig down into the heart of the matter, searching for the truth and the real reason that someone got into the crash. We leave no stone unturned in our quest for the real answers.

If you have been involved in a DUI accident please give us a call. We will be more than happy to evaluate your case to determine whether our legal representation might be of value to you.