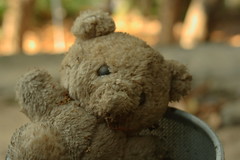 Virtually everyone can agree that driving under the influence of alcohol is always a terrible idea. It can lead to tragic results in the worst cases. Still, the driver accused of DUI should always get the benefit of the doubt. It’s entirely possible to get into a car without knowing one is under the influence. Or symptoms that appear like intoxication may have been caused by something else entirely, like a medical condition.

A three-year-old boy was taken to the hospital in critical condition after he was struck by a car in North Philadelphia.

According to police, the 53-year-old driver of the car that hit the boy was arrested for driving while impaired.

Media sources say the child was taken to St. Christopher’s Hospital for Children.

The driver did not leave the scene of the accident and police arrested him and charged him with DUI.

If you or a loved one has been charged with a DUI-related offense, you have the option to fight it. You still have rights. Contact the offices of Steven Kellis today. We know what you’re going through and understand just how difficult it is. No matter what the circumstances of your arrest, you’re going to need someone who can defend your rights through the entire process and make sure you are not overlooked in the pursuit of justice.