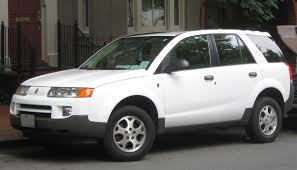 Nine people who were allegedly hit by a drunken driver have been turned over to federal immigration authorities by State police. The Hispanic individuals were later released.

According to State Trooper officials from the Washington, Pennsylvania barrack, the accident happened at approximately 9:50 p.m. on Tuesday when a 48-year-old Washington woman lost control of her vehicle on an entrance ramp of Interstate 70. The woman, believed to be under the influence of narcotics, crashed her vehicle into a Chevrolet Tahoe that was carrying the nine people.

Police indicate that after the crash that happened in the South Strabane Township, those in the Tahoe fled the scene of the crash but were later located in the area. The alleged DUI driver was taken by air ambulance to a Pittsburgh hospital. Her condition has not been released. Authorities indicate that she will likely be facing DUI charges.

No matter the circumstances surrounding a DUI charge, facing a potential conviction of a DUI offense is no laughing matter. Without a good defense attorney on your side, chances are high that serious consequences will result if you are found guilty. Almost always, there are heavy fines in addition to higher insurance costs as well as the potential for jail time.  Being convicted of DUI could very well cost your job and make life difficult for you and your family.

If you are facing a DUI or DWI charge, it’s extremely important that you choose an attorney who can defend you. You need a lawyer who knows the law better than anyone else in their field. Steven E. Kellis has over two decades of experience in successfully representing clients and DUI cases in the Philadelphia area. DUI / DWI cases are his specialty.