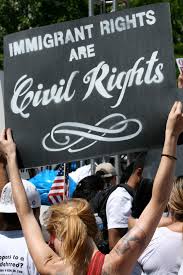 Everyone has the right to a fair trial, but sometimes it takes the efforts of a skilled defense attorney to make sure that happens. The forces of the prosecution will do everything they can to convict the defendant or at least get the defendant off the streets. So, everyone going through DUI proceedings needs someone to fight — someone with a deep knowledge of the law.

According to state police, 9 Hispanic individuals were turned over to federal immigration officials, but later released, after their vehicle was hit by an alleged intoxicated driver.

State troopers say the accident happened around 10 at night. The 48-year-old woman from Washington, Pennsylvania is believed to have been under the influence of drugs lost control when trying to enter Interstate 70 and crashed into a Chevrolet Tahoe.

According to police, the people in the Tahoe fled the scene, but they were found not long afterward.

There were no immediate comments from U.S. Immigrations and Customs Enforcement.

The driver of the other vehicle was taken by air to a hospital in Pittsburgh and will likely be charged with DUI.

You deserve a strong defense. We can make sure you get that when you call the office of Steven Kellis. Our experience and skill will give you a fighting chance to retain your license and contest any charges brought against you.