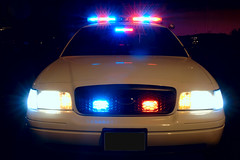 Circumstances can really be stacked up against a driver accused of DUI. There are so many ways to be involved in an accident that have nothing to do with alcohol, yet that is often the first assumption.

Field sobriety tests can be wrong, breath tests can be wrong or wrongly administered, and even some blood tests are not completely reliable. The very best DUI defense attorneys will leave no avenue of evidence untouched, making sure his or her client is not punished unduly.

According to reports, the Delaware man crashed into the rear of a Newcastle police car. The man and two officers were injured in the accident.

Such an accident is automatically suspect for a number of reasons. But even if alcohol was involved, should any driver be punished harshly for one mistake which would never happen again? Anyone involved in a DUI case needs a lawyer who knows DUI inside and out, including the tactics prosecutors will use.

In the state of Pennsylvania, the lawyer is Steven Kellis. Call us today for a free consultation and you’ll be able to see for yourself the level of knowledge and skill that will be at your disposal when the time comes for you to defend your future and reputation.