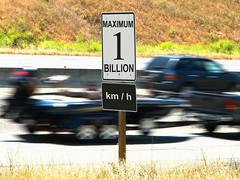 A New Jersey driver is now facing a number of charges after he led state police on a high speed chase through Camden County. According to reports, the incident occurred after 1:00 a.m. on Sunday on I-295 in Burlington Township.

A New Jersey state trooper attempted to pull over the driver of a Crown Victoria with Virginia tags for alleged traffic violations. Police reports state that instead of stopping, the driver sped away reaching speeds of more than 100 miles per hour down I-295 and Route 73 in Mt. Laurel. The driver eventually took the exit located at Creek Road, turning on to Route 130.

Police report that the driver finally pulled over at the Pennsauken Animal Hospital. He then left his vehicle and attempted to flee on foot. State troopers caught up with him and took him into custody.

We don’t know if alcohol played a role in this incident, but alcohol and high-speed chases frequently go together. It’s certain that the police will examine the driver for DUI. Being convicted of DUI and other related offenses carries with it serious consequences. A conviction can also cost your job and that can spell disaster for you and your family.

Steven E. Kellis has been successfully representing those who are charged with DUI offenses for over 20 years in the Philadelphia area because he knows both sides of the law. He has enjoyed incredible success in pleading his client’s cases to a lesser offense or a jury finding of not guilty.

If you or a loved one has been arrested on the charge of DUI and are facing a conviction, give a call to the Law Offices of Steven E. Kellis as soon as possible. Our knowledgeable staff will immediately schedule a confidential initial consultation and legal analysis so that you and Mr. Kellis can go over the details of your case. Your initial meeting with Mr. Kellis is both free and without obligation to you. Take the best stop possible in defending yourself and call us today.