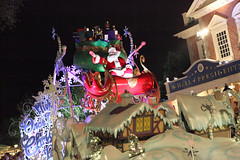 A man has been charged with DUI and Homicide by Motor Vehicle after police say that he struck and killed a man dressed as Santa Claus on I-95 in Philadelphia.

According to official reports, the accident happened around 10:25 p.m. Saturday along I-95 southbound at I-676.

In a statement by police, 27-year-old Augustine Bangura was accused of driving on a suspended license when he struck the victim,24-year-old Adam Herr of Lebanon, Pa., Herr was taken by police to Hahnemann Hospital where he was pronounced dead on arrival.

Bangura failed a series of standardized field sobriety tests, after which troopers placed Bangura under arrest.

DUI and DWI cases are not cut and dried after the arrest. A number of factors came into play in a DUI charge. The significance of the tragedy is clear. However, in spite of being arrested for drunken driving, how those sobriety tests were conducted can and will come into play in a DUI defense.

At Kellis Law, we know the laws surrounding DUI and SWI cases. With over 20 years of experience of diligently defending our clients and high rate of success, the Law Offices of Steven E. Kellis can succeed for you and your DUI charge. If you or a loved one has been accused of an alcohol related incident, we are on your side. By calling the offices Kellis Law, we ask many questions and the right questions so that we can best help you. Make an appointment by calling us toll free or use the contact form on our site. We are here 24 hours a day, 7 days a week.