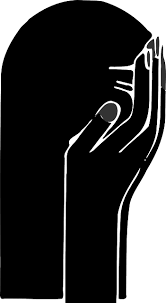 We have all heard it.  Don’t let your friends drive drunk.  Most of us have stepped in from time to time to try and stop a friend or family member from driving drunk and sometimes it is virtually impossible to stop them.  That seems to have been the case recently in Riverside, California.

The daughter of a high-ranking military officer is facing charges of DUI and gross vehicular manslaughter after accidentally running over her father as he tried to stop her from drinking and driving.

It is reported that Soukvilay Barton had been drinking when she got into an argument with her family and decided to leave the house in her BMW convertible.  Her 69-year-old father, Bounmy Rajsombath, tried to reason with her about getting behind the wheel but Barton ignored his counsel.  As a last resort to try and stop her from driving, he stood behind the vehicle to block her from backing out of the garage.  Barton did not realize he was behind her vehicle and backed over her father.  He died as a result of injuries suffered in the accident.

Barton did not realize she had hit her father until he was under the car.  Reports indicate she was devastated by what she had done.  She got out of her vehicle and waited on the porch for police.  She was found crying in a chair when the police arrived to arrest her.  She did not resist arrest.

An accident like this is tragic.  It changes the lives of the entire family forever.  A family has lost their patriarch at the hands of a loved one that made a horrible mistake.  It will be difficult for the court to punish Barton any more than she is punishing herself.

As a defendant in a case like this, who you hire to represent you can make a huge difference in the outcome of the sentence.  Even though the only thing you may be thinking about is the tragedy of the event, you owe it to yourself and the family to minimize further damage resulting from the accident.

In Pennsylvania, an expert DUI attorney will understand both sides of the law.  Steve Kellis is an expert in the field.  He worked as a Senior Assistant District Attorney for five years.  He is able to understand the law from both sides and be proactive at a DUI defense.  He can advise you of your rights and help you make the best decisions for your individual case.

If you have been arrested for a DUI-related offense he is available to meet with you anytime.  Call him today for a free evaluation of your case.