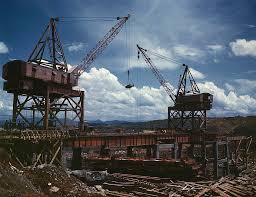 Nineteen-year-old Erick Lopez now faces serious charges after being charged with hitting and killing a construction worker in Chicago on Saturday.  The crash happened at 4:18 in the morning in the 4900 block of South Western Avenue.

Lopez allegedly was driving drunk on the Southwest Side of Chicago when he failed to use the proper lane and drove into a construction site.  Jose Tafoya of Merrillville Indiana was working at the site at the time and was hit by Lopez when he lost control of his vehicle.  Tafoya, the father of four, was pronounced dead at the scene.

Lopez has been charged with aggravated DUI resulting in an accidental death, having no car insurance, failure to carry or display a driver’s license, improper lane usage and failure to reduce speed.  The prosecutors released Lopez’s blood alcohol content after the accident which was recorded at 0.191 which is more than two times the legal limit in Illinois for an adult driver.

There were three passengers inside the car with Lopez.  All, including the driver, were injured as a result of the accident.  Lopez was denied bail at his hearing on Sunday, but he had not been taken to jail at the time of the hearing because he was still in the hospital.

In the U.S. there is a no tolerance policy against teens that drive drunk.  For them, a level over 0.0 can result in an arrest for DUI.  These arrests change lives forever.  It even eliminates some career possibilities.  That is why if you or a family member is arrested for underage DUI it’s important to contact a DUI attorney immediately.

If you are arrested for any DUI related charge, an experienced DUI attorney can evaluate your case and give you advise regarding the complex law that surround that type of offense.  It’s not wise to try and proceed through the legal process alone as it can result in harsh penalties and large fines that may have been avoided with proper representation.

Steven Kellis is an experienced and aggressive DUI defense attorney who can help you strategically fight DUI-related charges.  He is always available to meet with you and offers a free consultation to address charges and go over options that will benefit you best in the case against you.  Call him today.