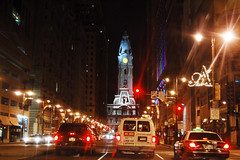 Sometimes how a crime plays out can make a case very complicated. In the case of Keith “King” Tolbert, he was trying to save the man he attempted to rob and is now accused of having killed according to one witness in the case.

If there are other people involved in a case that could be held criminally liable, sometimes prosecutors, so anxious to get a conviction, will strike plea deals with them. It’s the job of every lawyer to try to slant the questions and testimony in such a way that they put their client into the best possible light for the jurors.

Steven E. Kellis knows the law, and he has over 21 years of experience in felony cases. Depending on how the evidence in a case has been handled, or a number of factors such as the memory of witnesses, and other factors, a felony charge as serious as assault and battery that went horribly wrong can be potentially lessened. It’s the same with other cases too, especially DUI charges.

In a case where the accused has no prior history of assault and battery crimes, or no prior history of any other arrests, sentencing can be reduced to a much shorter amount of time than if that person had any prior convictions. Steven Kellis can explain the various factors that can affect your legal case. He is there to answer your questions and ensure that you get the best possible outcome. Our number is answered 24 hours a day, 7 days a week. Call today if you need legal representation, especially if you have been charged with DUI.