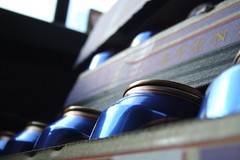 A University Village school bus driver has been placed under arrest following a minor accident on Monday. The accident happened at approximately 5:45 p.m. at University Avenue and Civic Center Boulevard when an 18th district officer pulled over a YellowBird school bus at the intersection after the accident.

Officers at the scene said that the driver had slurred his speech and smelled of alcohol. Unopened cans of beer were also on the bus. Police placed the school bus driver in custody for suspicion of DUI.

There were no students on the bus at the time of the incident; however, it is not certain if students had been dropped off prior to the accident.

Authorities have not yet released the bus driver’s identity.

Having a DUI conviction on your record can pose a serious detriment to your life. You can be fired from your job and prevented from future job placements, refused driver’s insurance, as well as heavy fines and time behind bars. This can be a painful place to be in for both you and your family.

Steven E. Kellis specializes in DUI cases and he knows the laws. He has successfully represented those who are charged with DUI offenses for many years. Steven has had many tremendous success in pleading his client’s cases to a lesser offense or has even been able convince a jury toward a sentence of not guilty.

If you or a loved one has been arrested on the charge of DUI, give a call to the Law Offices of Steven E. Kellis immediately! Our staff will schedule a confidential initial consultation with an experienced Pennsylvania DUI lawyer that is both free and without obligation to you.