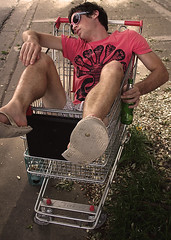 A Buffalo driver was arrested and charged with DUI and possession of a controlled substance in a traffic stop.

According to Niagara County sheriff’s deputies, at approximately 2:20 a.m. Thursday a female driver was observed swerving in and out of the eastbound and westbound lanes on Niagara Falls Boulevard near Sy Road.

Police stopped and arrested Lori A. Poulos, 45, of 98th Street, and charged her with criminal possession of the controlled substance of Hydrocodone when eight white pills fell out of her shirt. The woman admitted to deputies that she did not have a prescription for the narcotic painkiller.

The woman was charged with unsafe lane change and also with DUI when she refused to take a breath test. An additional charge of drinking alcohol in a motor vehicle was given when law enforcement officers found a beer bottle stashed in a boot inside the vehicle.

When facing the charge of DUI / DWI, it’s a serious charge that is unique to each individual case. If there are other considerations in a case, such as whether or not there was a minor child in the vehicle, or if there has been property damage, personal injury or even death, how a case is defended may change. Because every case is different, it’s vital to have the right attorney on your side working diligently for you. Steven E. Kellis has more than 20 years as an attorney and he specializes in DUI defense. Mr. Kellis has served as both a prosecutor in DUI cases and has been able to successfully either have DUI charges reduced or dismissed.

If you or a loved one is facing the very serious charge of DUI, give the Law Offices of Steven E. Kellis us a call. We are here for you 24 hours a day, 7 days a week. When you call, we can schedule you for a confidential initial consultation and legal analysis with a PA DUI lawyer that is without cost to you. Take the best course of action for your DUI case. Call the offices of Steven E. Kellis today.