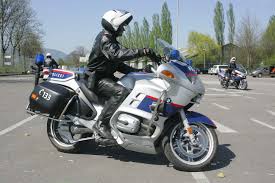 A serial DUI driver who  has been described by one prosecutor as being  “the worst drunk driver in Chester County,  has entered a plea of guilty after his  8th DUI charge when he caused the death of a motorcyclist.

Since 1981, Robert Landis has been arrested on charges of DUI. Half of those arrests took place when his blood alcohol level was three times the legal limit. His latest arrest came after his actions took the life of 24 year-old Liam Crowley and have landed him in prison for a 17-year sentence.

Landis answered in agreement with Judge Sarcione and entered a plea of guilty to the charge of homicide by vehicle while driving under the influence of alcohol and without a license. Landis is scheduled to be sentenced in May.

Facing the charge of DUI or DWI is a very serious matter. When it’s  you who are facing a potential conviction with jail time, heavy fines, jail time, and a score of other consequences it can appear to be a hopeless situation. If  this describes your own situation, then  it’s very important that you choose an attorney who can defend you. You need a lawyer who knows every aspect of DUI defense law. The Law Offices of Steven E. Kellis is there to defend clients who are accused of DUI related charges.

Mr. Kellis has spent more than 20 years successfully representing clients who are accused of DUI and these cases are his specialty. When you call to schedule an appointment, Mr. Kellis will meet with you. Even if you are currently in jail, he will come to you. Mr. Kellis will thoroughly investigate how your DUI case was handled and can quickly determine if you have a legal challenge to the charges that have been made against you.

If you or a loved one is facing the charge of DUI, call an experienced Pennsylvania multiple offense DUI lawyer at the Law Offices of Steven E. Kellis. We are available for you 24 hours a day, 7 days a week by either using the toll free number at the top of your screen or the form on our site. Your initial consultation is confidential and free.