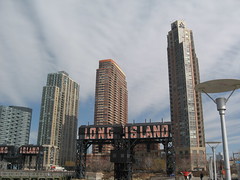 A mother from Long Island has been arrested after she allegedly drove drunk with her children in the car.

Police say 39-year-old Laquita Brooks was driving a 1998 Mercury Mystique southbound on Dix Hills Road just before 11 p.m. when she lost control of the vehicle 200 feet south of Dellwood Drive, left the roadway, struck a signpost and hit a tree. In court papers, Brooks admitted she was on her cell phone at the time.

Her 7-year-old daughter sustained a serious head injury while her 5-year-old son suffered only a minor one.

Neither child, both of whom were in the backseat, was wearing proper child restraints at the time of the accident. Both children were taken to Huntington Hospital and were treated. Later, Brooks’ daughter was transported to Cohen Children’s Medical Center in New Hyde Park for further medical treatment.

Brooks, who is currently unemployed, was arrested and charged with one count of driving under the influence with a child 15 years or younger otherwise known as Leandra’s Law, one count of DWI and two counts of endangering the welfare of a child.… Read More

The driver of a box truck is facing charges of DUI after he crashed into several cars and ending up hitting a house in Philadelphia’s Bridesburg district early Tuesday. According to authorities, the incident happened around 2:00 a.m. on the 4200 block Richmond Street.

According to police, the driver ran into three cars, knocking one car into a fire hydrant that thankfully did not leak water after the crash.

After crashing into the vehicles, the truck ended up crashing into the front room of a house where a 79- year-old disabled woman had been sitting at the time of the crash. The elderly woman was not injured in the accident.

An officer at the scene came to the aid of the driver of the truck. In a statement, Philadelphia police Chief Inspector Scott Small said that the driver, “appeared to be intoxicated.” The driver of the box truck was placed under arrest for the charge of DUI.… Read More 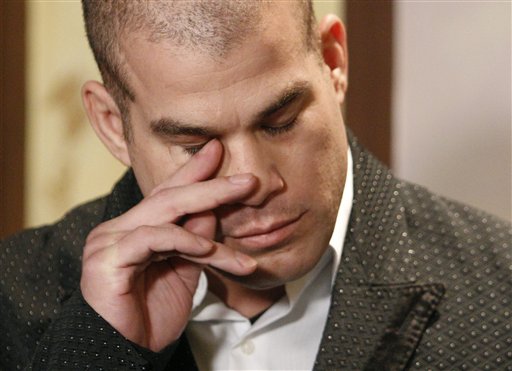 Former UTC fighter, Tito Oritz, was arrested for DUI in Los Angeles after having crashed on the 405 Freeway last week. According to sources close to the matter, Oritz, 38, crashed his 2012 Porsche Panamera into a concrete median at approximately 4:00 a.m. on January 6th.

Police officers administered field sobriety and Breathalyzer tests to Tito. The sports star had a BAC of .12, which is higher than the .08 legal limit. Police also said that Tito had two passengers in his car at the time of the crash.

Tito was arrested and bond was set at $15k. He was later released on his own recognizance later that morning.

When facing the charge of driving under the influence of alcohol, a lot can depend on how your charge was handled by police. When you drink and drive, it is a criminal offense. Being convicted of DUI offenses can have serious consequences in terms of not only insurance costs, heavy fines and jail time.… Read More

A co-owner of the Colorado Rockies baseball team has plead guilty to a drunken driving charge.

According to court documents, Charlie Monfort has been ordered to stay away from alcohol after pleading guilty to a charge of DUI. Monfort’s plea was entered on Friday in Greeley. The team’s co-owner was sentenced to two years of probation in a case following his November 4th address in Windsor.

According to law enforcement officials, when Monfort was pulled over he was found with a breath alcohol concentration level more than three times the legal limit of 0.08 percent. Monfort will have to wear an ankle bracelet on a daily basis. Monfort’s sentence also requires that he perform 120 hours of community service work.

Monfort had been in alcohol treatment for about two months following his arrest.

Many believe that once you have been arrested for drunken driving they are required to plead guilty to the charge.… Read More

2014 opened with a DUI arrest for Erin Henderson of the Minnesota Vikings. This is the second time in six weeks for Henderson, who was arrested on a similar charge on November 19th, 2013. Sports analysts believe this could be the end of the line for Henderson once rosters for the team are unfrozen.

According to police, Henderson was arrested in Chanhassen, Minn., and was booked into the Carver County Jail at 3:03 p.m. Henderson refused a sobriety test. As of this writing, he currently faces four DWI charges, including a charge for refusing a test. Henderson was also was found to be in possession of a small amount of marijuana and drug paraphernalia at time of his arrest.

Being convicted of DUI can destroy your dreams. If you are facing a charge of DUI, give the Law offices of Steven E. Kellis a call. Mr. Kellis has had more than 20 years of experience both prosecuting and defending DUI cases, so knows the ins and outs of the law.… Read More 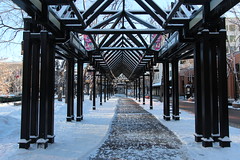 A couple from northwestern Pennsylvania has been charged with DWI on New Year’s Day. The incident happened when State Troopers stopped Steven Flick, 53, of Meadville at approximately 1:00 a.m. on Route 322 in Vernon Township. Law enforcement officers indicate that Flick attempted to elude police and resisted arrest.

When someone is charged with DUI, it does not automatically mean that you will be found guilty. Attorney Steven E. Kellis is experienced in searching out the weakness in DUI because he knows the laws surrounding DUI and has over 20 years of experience in DUI / DWI cases on both sides of the courtroom.… Read More