Home» Blog» DUI Defense» Silence is Golden. Talk to a Lawyer instead. 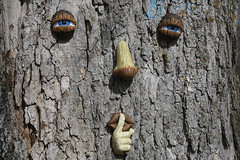 “You have the right to remain silent.” In many cases, silence is the best option for those who are stopped under suspicion of the commission of a crime. That is one of the primary reasons that we have the legal system in place – to protect and defend our rights. As a common sense measure, if you do open your mouth, don’t lie.

Lying opens the door for higher bail, raised fees, and longer sentences, as a general rule. It is often better to stay quiet, offering only the most minimal and truthful of answers to those who have stopped you.

Kurt Patrick Newkam got himself into a world of trouble by trying to lie to the arresting officer. The officer witnessed Newkam failing to stop at a stop sign and failing to use a turn signal on two separate occasions.

Fortunately, Mr. Newkam began telling the truth. He was able to provide contact information for the person who did own the vehicle. They apparently knew each other, and the true owner of the vehicle mentioned that Newkam was not allowed to drive his car because he didn’t have a license.

This whirlwind of events led to a host of charges for Mr. Newkam: receiving stolen property, providing false identification, driving under a suspended license, and driving under the influence. Perhaps he should have stayed quiet and waited to speak until he contacted a competent DUI defense attorney.

The driver of the vehicle was remanded to the York County Prison on $60,000 bail. It was indeed fortunate that there was nobody hurt during the incident.

Silence is indeed golden. If you or someone you love have been arrested for a DUI, we’d love for you to call us and tell us the details.