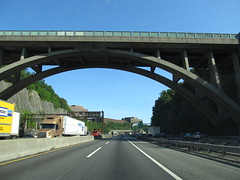 very story has two sides, even those involving those accused of drunk driving. Too many of these cases involve hasty assumptions and legal mistakes which can result in someone being penalized with consequence far worse than what they would otherwise have to face. Only the intervention of a skilled and experienced attorney can assure everyone’s side is heard and given equal consideration.

A Missouri City, Texas police officer was forced to jump from a bridge when an elementary school teacher, alleged to have been driving under the influence, nearly ran him down. The officer survived his fall from the bridge.

Video from the incident shows the officer standing next to a car parked on the side of the bridge, between the car and the low wall of the bridge. Another car came up from behind and struck the first car, forcing the officer to vault over the wall before he was hit by the oncoming vehicle.

If you want to make sure your side of the story is heard, you’re going to need the best DUI defense attorney to tell it for you. Pennsylvanians can count on the offices of Steven Kellis to deliver that defense. Contact us today for a free consultation. We will fight aggressively to protect your rights at all times.