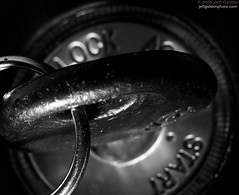 Drunk driving is always a big issue with both legislators and voters. Because of this, the laws surrounding DUI are always changing, usually in ways that make a DUI arrest all the more likely to be devastating to the one being arrested. These ever-changing laws require someone who not only knows all these changes, but can adapt to them. This requires not just any defense attorney, but the best that can be found.

The Pennsylvania state Senate has passed legislation to increase the use of interlock devices for more people convicted of drunk driving.

The vote in the Senate was unanimous and the bill was sent to the state House of Representatives. They have only three days; however, to pass the bill before the legislative session ends and the bill dies automatically.

Under the bill, first-time convicted drunk drivers who are found to have an illegal blood alcohol count of 0.10 or more would have to use an ignition interlock for a year.

A Pennsylvania law, passed in 2003, already requires repeat offenders to use the device for one year.

One of the senators says that the states that require everyone convicted of drunk driving to use an ignition interlock have reduced DUI deaths by more than a third.

Knowledge and experience in DUI law are needed to make sure you get the best defense possible. You’ll find both at the office of Steven Kellis. Call us today for a free consultation and we’ll do everything necessary to see your case reaches its best possible resolution.