A Main Line mother has been charged with DUI when she crashed her car with both her 2-year-old son and two family dogs in the vehicle at the time of the accident. 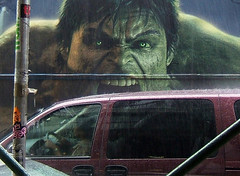 Grace Tuten, 32, of the 1000 block of Clover Hill Road in Wynnewood, faces the charges of DUI, reckless driving and driving too fast for conditions.

According to investigators, Tuten sheered a utility pole with her Volvo station wagon in the 700 block of Williamson Road in Bryn Mawr, then crossed the road with her car, hitting a mailbox and a large rock. The accident occurred just after 8:00 p.m. on Friday.

No serious injuries were reported, as a result of the accident. However, according to police the 2-year-old was taken to the hospital as a precautionary measure. The dogs that were being carried in the cargo area of the vehicle were also unharmed in the accident.

Police report that a breathalyzer test shows that Tuten had a blood alcohol content of .28%, well over the legal limit of .08%.… Read More

A recent Philly.com article detailed the allegations that a Philadelphia narcotics officer is currently facing. On September 15, the officer was reportedly coming from the Eagles-Chargers game at Lincoln Financial Field when he drove into oncoming traffic on State Road near Park Avenue in Upper Darby at approximately 8:30 p.m. The officer’s vehicle collided head-on with an 18-year-old male driver, who suffered injuries in the accident. That driver was treated for injuries at Delaware County Memorial Hospital and released.

At the scene of the accident, the officer failed a field sobriety test administered by Upper Darby police, and refused to take a blood test to measure his blood alcohol content (BAC). Law enforcement officials released the officer to his girlfriend, and he was given a summons to appear in court October 28 to face several charges, including DUI and careless driving. According to Upper Darby police, the officer was not further detained because he had no prior offenses.… Read More

Philly.com reported that a 25-year-old drunk driver caused a crash outside the Eagles game Sept. 19 that injured seven people. The man allegedly was traveling west in a Jeep Grand Cherokee when he plowed into a Ford Escape carrying six people as the Ford attempted to make a turn. All six people in the Ford suffered injuries, and two of the people were in critical condition at the Hospital of the University of Pennsylvania (HUP) with head trauma, although they were expected to survive. The other four occupants of the Ford were in stable condition at Thomas Jefferson University Hospital and HUP. The alleged drunk driver of the Jeep also suffered minor injuries; he was treated at Methodist Hospital before being released to police custody.

The collision also caused the Ford to strike another vehicle, a Honda Pilot that also was westbound, but none of its occupants was injured or impaired, according to police.… Read More

According to a recent article in the Philadelphia Inquirer, a 49-year-old Bucks County woman has been charged with homicide by vehicle for her role in the drunk driving accident that led to the death of a motorcyclist in Solebury Township on the morning of July 16. The victim was a Canadian man who was riding his motorcycle on Route 202 when he was struck by Nancy Smith, who was driving her SUV with her 15-year-old daughter and attempting to turn from Route 202 into the Logan Square Shopping Center. At the time of the accident, Smith’s blood alcohol content level was 0.288 percent, which, as any Bucks County PA DUI lawyer can tell you, is more than three times the legal limit in the state of Pennsylvania. Allegedly, Smith had consumed alcohol the night before the accident, and had awoken at 4 a.m. to do housework after sleeping only for a couple of hours.… Read More

According to NBC Philadelphia, a western Pennsylvania couple is facing DUI charges stemming from a Fourth of July traffic stop. The unusual part of this incident is that both the 33-year-old man and the 24-year-old woman, who live together in New Sewickley Township, were charged for driving drunk in the same vehicle on the same night, within minutes of one another. Law enforcement authorities allege that the man was initially driving and swerving through traffic, when he pulled into a parking lot. He then switched seats with his female passenger, who was in the driver’s seat at the time of the traffic stop. As this case illustrates, what may be a simple case of DUI can quickly become a much more serious crime when severe injuries or death results from the incident. While many DUI cases never involve an accident or injury to anyone, some do, which can expose the intoxicated driver not only to civil liability, but also to multiple criminal charges with harsh and serious penalties that have the potential to negatively impact a person’s life for years to come.… Read More

A recent news article reports that a 19-year-old western Pennsylvania teen was charged with homicide by vehicle and involuntary manslaughter following an accident last year in which the teen driver crossed the center line into oncoming traffic and hit a car, killing both its driver and passenger. Authorities claim that the teen was texting and driving under the influence of alcohol at the time of the fatal accident. Although the teen’s Pennsylvania DUI attorney claims that the teen was not texting when the collision occurred, phone records allegedly indicate otherwise.

The teen’s attorney also alleges that the teen was not under the influence of alcohol at the time of the crash. Although the police acknowledge that the teen was not legally intoxicated, he was charged because he was a minor who allegedly had some alcohol in his system at the time of the accident. Under Pennsylvania law, a minor may not have physical control over the movement of a vehicle when having a blood alcohol content (BAC) of 0.02% or greater, as measured within two hours of the time that the minor has driven, operated, or been in actual control of the vehicle.… Read More According to the Delaware County Daily Times, legislation to abolish the Philadelphia traffic court is headed toward the desk of Governor Tom Corbett, which he has pledged to sign into law. Senate Bill 334, which was first introduced in the Pennsylvania Senate by Delaware County Senator Dominic Pileggi, R-9, of Chester, moves traffic court duties to a new Traffic Court Division of the Philadelphia Municipal Court. The House approved the bill in early June after amending it to include two additional Municipal Court judges and require an annual report from the newly created division. The Senate voted unanimously in favor of the amended bill on June 11. After the governor signs the bill into law, currently scheduled elections for the traffic court will be vacated and the Municipal Court will immediately begin establishing a new Traffic Division. A separate piece of legislation, Senate Bill 333, also introduced by Sen. Pileggi, eliminates the Philadelphia Traffic Court from the Pennsylvania State Constitution.… Read More According to a recent article in The Advance, leaders of the Newtown Ambulance Squad met with Newtown Township supervisors about a highly publicized incident in April involving a minor accident by a reportedly intoxicated ambulance driver that occurred while he was transporting a patient. Squad leaders met with township leaders in order to reassure them that they would take additional steps to ensure that drivers were not under the influence of alcohol or drugs before ever getting behind the wheel of an ambulance.