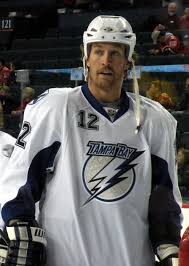 Being charged with DUI can happen to anyone. Because the law should work for both ordinary people and those who are in the public eye in the same way, that means that anyone can be charged with a crime.

Recently, professional NHL right wing, Ryan Malone was charged with DUI and possession of cocaine when he was stopped by police officers in Tampa, Florida. Malone was found to have 1.3 grams of cocaine in one of his pockets. Upon refusal to take field sobriety tests, he was administered a blood alcohol test that put his BAC at between 0.112 and 0.116 percent, which is well over the legal limit in the state of Florida.

The charge of drug possession is considered very serious. In a statement to the media by  Bill Daly, Deputy Commissioner of the National Hockey League said:
“We are aware of the situation this morning involving Tampa Bay Lightning forward Ryan Malone. Under the terms of the collectively bargained joint NHL/NHLPA Substance Abuse and Behavioral Health Program, Mr. Malone is subject to mandatory evaluation and, if deemed necessary by the Program Doctors, treatment pursuant to the terms of that Program. His future playing status, both in the near term and during the Playoffs, will be determined in accordance the terms of our SABH Program.”

Those are close to the matter feel that Malone will most likely be given a long probation, fines and rehab in lieu of jail time as is allowed by both Florida’s state laws concerning narcotics possession and the NHL.

If you or a loved one is currently facing a charge of DUI or drug possession, call the Law Offices of Steven E. Kellis today. Mr. Kellis specializes in DUI defense lawsuits and has enjoyed more than 20 years of success in defending his clients. Because Mr. Kellis has both prosecuted and defended DUI cases, he is uniquely qualified to defending those who are facing the same charge. You can contact our offices 24 hours a day, 7 days a week by either calling the number or using the contact form located on our web page. The initial consultation and legal analysis of your DUI case is free. Call today.