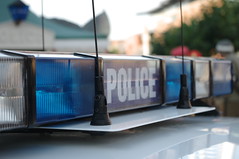 Our newspapers and local television contribute daily to the shaping of national opinions. Local media bias can take the shape of a seemingly innocent word here, a small phrase there, but it can add up to an argument in the court of public opinion. Cases of law should be established in the courtrooms rather than in the newspaper.

A nondescript van plowed into a police cruiser early one evening. The Bensalem officer was hurt and taken to Aria Health Torresdale Hospital to be treated for back and neck pain. The driver of the van was immediately apprehended and taken into custody. Reports say that she was not charged with any crime, but she was brought in under the suspicion that she was driving drunk. The officers claim that there was an open beer bottle in the van, but those reports have not been verified.

Neither the woman’s name nor the officer’s name has been released to the public. In many cases, the newspaper deems it necessary to not only release the name of the driver, but they also provide information about where that driver can be found. How many stories have been written which read, ‘Anna Smith, 51, who lives at the 3200 block of Acme Circle’?

Media bias of this nature can be seen throughout the country, in newspapers far and wide. As long as the facts are reported, there are no issues with putting the spin of suspicion on the people involved with the accident or incident.

We know and understand that the local media has the propensity to write toward the most sensational story. A police officer getting hit by a van is certainly news, but what about the driver of that van? If the driver’s name had been released, can you imagine the scrutiny that the individual would be under?

At our law firm, we search for the truth. We would have several serious questions for the officers who searched the vehicle, as well as many questions for the arresting officer. If you find that you’re in this type of situation, give us a call. The lawyers of Kellis Law are skilled at DUI defense. Read through our website for more information.