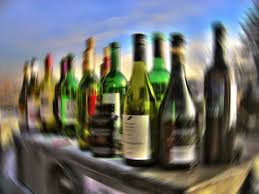 While attempting to leave a yard sale, Dale A. Guifoi, a fiftyone-year old resident of Hartly Delaware, suffered a mechanical failure in his pickup truck. Police were notified of the broken down vehicle and when they arrived they found Guifoi sitting in the cab of the vehicle. While speaking to him the officers detected a “strong smell of alcohol” and made the decision to initiate a DUI investigation. It wasn’t until after Guifoi had been placed under arrest and taken to the police station that his eight prior DUI arrests were discovered. He was charged with DUI (Alcohol), Possession of a Controlled Substance without a Prescription (Oxycodone), Driving While Suspended or Revoked, Failure to Have Insurance in Possession, Fictitious Registration, and Operation of an Unregistered Motor Vehicle.

When faced with a DUI charge retaining proper representation is very important. DUI convictions can damage a person’s reputation for the rest of their lives. Fortunately, Steven Kellis, attorney at law, has been dealing with DUI law for over two decades and has extensive experience with jury trials. Having worked with the District Attorney’s Office in the past, Steven Kellis knows the law from both the view point of the prosecution and defense, providing a unique understanding that he uses on behalf of his clients. If you are facing a DUI charge, please contact us by phone or online for your consultation.