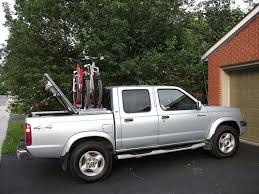 Not all alcohol related crimes come from driving while intoxicated.  Sometimes tragedy strikes at home and just like in a car accident, people panic.  That is what happened to an Upper Moreland father who pleaded guilty to 3rd degree murder of his infant daughter.

It is unclear what actually happened on that fateful day over a year ago.  What is known is that a two-month old baby girl died as a result of mistakes made inside a Hatboro apartment.

Edward Doyle, the baby’s father was watching his two-month old daughter while drinking.  He reports that he was carrying his daughter when he tripped and fell on top of her.  In a panic he was not sure what to do but it is clear that he did not call for medical help.  If he had called his daughter may have survived.

Doyle’s attorney was interviewed by local news and said, “I think he was more scared, afraid, upset, didn’t know what to do.  This was something he waited his whole life to have, children, and he lost one.”

It is unclear if Doyle was too drunk to call 911 but in court, a tearful Doyle took full responsibilities for his actions that night.  He admitted to causing her death and told the judge his “stupid actions that day cost him his daughter and until then, the best part of his day had been seeing his daughter’s smile when he came home from work.”

Doyle will be sentenced later this year but it is agreed upon by all involved he cannot receive any more than 12.5 to 25 years in prison for his daughter’s death.

In Pennsylvania, a lawyer experienced in alcohol related defense will do everything possible to defend their clients against charges that stem from their arrest.  They will file motions to suppress evidence, find mistakes made by police officers and make sure that the charge fits the circumstances surrounding the arrest.  When argued successfully the outcome of an arrest for an alcohol related offense changes significantly.

Steven Kellis is an experienced and knowledgeable attorney in this field.  He will be aggressive and fight for your rights on case by case basis.  Every case is fully evaluated to find the best avenue of defense for you and your family.  Call today.