A DUI charge is not necessarily unbeatable. An arrest for such charges may make the defendant feel already convicted, but that is not the case. 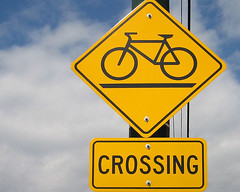 Everyone has the right to a trial and is presumed innocent until proven guilty beyond the shadow of a reasonable doubt. An attorney who will fight for the rights of the accused is vitally important in cases such as these.

The driver of a car that struck and killed a 15-year-old boy will not be charged, according to authorities.

Police alleged the 60-year-old driver struck two boys who were riding their bikes on Route 15 in Levittown, killing one teenager and injuring another. According to prosecutors, the driver was under the influence of drugs and cocaine when he hit the boys, but there was not enough evidence to prove it was the influence of drugs that caused the crash.

An assistant district attorney says witnesses noted the boys rode their bikes out onto the street and there was no way the driver of the car that struck them could react in time to avoid an accident.

The driver was unavailable to comment to the media, but it was determined he had a history of drug and DUI charges going back 15 years. This includes a guilty plea in which his driving privileges were suspended.

There are still charges for drug possession, which may send him to prison for up to a year, if convicted.

You don’t have to fight a DUI charge alone. Call the offices of Steven Kellis today for a free consultation. We’ll fight aggressively to protect your rights the entire time, whether this is your first brush with the law or charges you’ve faced before.