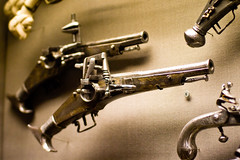 Two Alle-Kiski Valley State Troopers have been named among 81 officers who are designated as “Top Guns” by the state’s DUI Association for 2012.

State police Cpl. Christopher Robbins is assigned to the Kittanning station. Trooper Craig K. Johnson is based at Butler. Robbins and Johnson are considered to be drug recognition experts among their peers and are often asked by troopers or local officers to determine if charges should be filed for people who display indicators of impairment, but when suspects do not have a blood alcohol level exceeding the state’s 0.08 percent limit.

Drug recognition experts have specialized training and use a standardized multi-step process that includes blood pressure readings and other tests done at a hospital, Robbins said.

If you or a loved one are facing drug or alcohol related DUI charges, you need to have an experienced DUI attorney in your corner. Prosecutors will do all that they can to get a conviction. Having an attorney who knows both sides of DUI cases on your side is the best thing you can do in your defense. Depending on how law enforcement officers have handled your case, you could have your charges reduced or even dismissed. The Law Offices of Steven E. Kellis specialize in DUI defense cases and they can do the same for you.