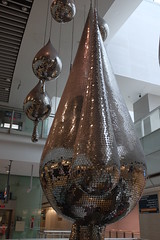 The mayor of Waxhaw, Daune Gardner, was recently for suspicion of drinking and driving this past June. While officers attempted to administer field sobriety tests, the mayor was captured on law enforcement dash cam disco dancing. Video just released shows the mayor who had a blood alcohol content of .18 percent.

Mayor Gardner pleaded guilty to DUI charges this week and is currently on probation. City commissioners also punished the mayor for allegedly using taxpayer money to buy alcohol and other unauthorized purchases. City officials state that the mayor is prohibited from going on out of town trips until all monies are repaid.

Even people in positions of power can be arrested for DUI. No matter where you go, drunken driving is considered a crime. Most people believe that once they have been arrested for drunken driving, there is no way to fight it. Many don’t realize that this is not always the case. Depending on how law enforcement officers handle an arrest, sometimes mistakes are made. It’s the mistakes in a DUI case that can mean all the difference in the outcome of a DUI case.

If mistakes were made, or if there is a reason to cast doubt on a case, any experienced and knowledgeable DUI defense attorney will file pretrial motions so that evidence against their client can be suppressed. A motion to suppress is usually filed in order to see that the most damaging evidence is inadmissible. An attorney who knows how the law works will not hesitate to take full advantage of any mistakes that have been made regarding DUI evidence. When such a motion to suppress is successful, potentially the charges can be quite substantially reduced or even dismissed.

The Law Offices of Steven E. Kellis can be contacted 24 hours a day, 7 days a week. Call today to schedule an appointment for a free consultation and legal analysis for you and your case. Mr. Kellis will help you decide what your best options are in order to win a favorable outcome. Call today.