While DUI is our main focus, we also represent clients in other criminal cases as well. Any criminal charge is a cause for concern. Everyone deserves to be represented by competent counsel in the court of law, even if the news media paints someone in a bad light. This happens all too often, as news reports have to keep up information as it happens, not when the entire story is out. 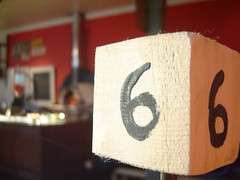 In Tinicum Township, an owner of a pizzeria and a teenaged employee are said to have conspired to rob a man of a winning $2,500 lottery ticket according to police. When police searched the place after the ticket was reported stolen, they also found prescription drugs and drug packing material. Police believe that the owner and his son were selling drugs illegally and using the pizzeria as a front.

The owner of the ticket left it on the counter after getting her pizza. When he realized it was missing, he called back and the teenager answered the phone. She said that she had it and was asked to hold onto it. However, on the way back the owner of the pizzeria called the alleged victim and said that the teenager had mistaken a receipt for the ticket and threw it away. He invited the victim to search through the trash.

The victim reported the incident to the police. When state lottery officials reported that it was cashed, they discovered that the pizzeria owner had cashed it. That’s when authorities moved in and discovered the drug operation.

With so many pieces of evidence against the owner of the store, it will be very difficult for an attorney to soften the book that will be thrown at him. However, he still deserves strong legal representation, just like every other citizen of this country. If you have been arrested for a criminal charge, especially a DUI, call the offices of Kellis Law.