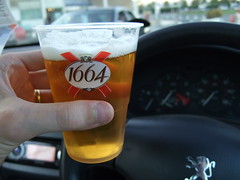 Police say that an intoxicated school bus driver hit a mailbox and damaged a utility pole while she was driving a school bus filled with children. She has been charged with DUI, leaving the scene, failure to report an accident, failing to remain in a single lane, and thirty counts of endangering the welfare of a child.

Officials say that Ogorek was transporting thirty children, aging from 5 -12 years old to Southern Elementary School when she lost control of her bus. Ogorek veered off the road and hit a mailbox and a guy wire supporting a utility pole.

Investigators say Ogorek then regained control of the bus and kept going, dropping the students off at school. Some of the students were reported to have suffered minor injuries as a result of the incident.

According to investigators, Ogorek was under the influence of prescription medication at the time.

Ogorek has been released on $17,000 unsecured bail.

Being convicted of DUI offenses can have serious consequences in terms of not only insurance costs, heavy fines and jail time. A conviction can cost your job. Steven E. Kellis knows the laws and has been successfully representing those who are charged with DUI offenses. His tremendous success in pleading his client’s cases to a lesser offense or a jury finding of not guilty is well documented.

If you or a loved one has been arrested on the charge of DUI, give a call to the Law Offices of Steven E. Kellis immediately! Our staff will schedule a confidential initial consultation that is both free and without obligation to you.