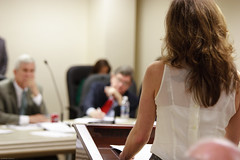 DUI law is always a hot topic in legislative circles and with the public. There are few issues so emotionally charged and that often works against those who are accused of DUI. Yet people believed to have been driving under the influence deserve the benefit of the doubt, just like everyone else. Their charge should not be treated any worse than any other comparable accusation. A good DUI lawyer can help ensure this is the case.

Some are calling for stronger DUI laws, claiming that current statutes do not do enough to stop repeat offenders who become a public danger. A state Senate committee hearing was convened to address the issue.

A man, whose 24-year-old son was killed in 2012 by a drunk driver called the worst drunk driver in Chester County by prosecutors, told the committee that the weak laws in Pennsylvania were killing people.

Media sources say people who have many DUI offenses can still keep their licenses. An example was cited of a 63-year-old man who had been arrested five times for drunken driving in 2011, but had a valid license until he was sentenced. Each offense only received 10 days, because he was counted as a first-time offender.

Thirty-one other states have required first-time DUI offenders to install interlock systems on their cars that would not allow the vehicle to start if the officer is intoxicated. A bill has already been introduced into the legislature to require the same in Pennsylvania.

A good DUI defense lawyer not only knows current law, but what law is coming through the legislative process, so he is always prepared. You can have that kind of attorney if you call the offices of Steven Kellis. Call us today for a free consultation and see for yourself the difference a strong defense can make.