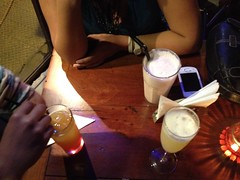 Pennsylvania is proposing a major change in the law that affects how narcotics prosecutions are handled.

Pennsylvania legislators, Chester County District Attorney Tom Hogan and State Senator Dominic Pileggi (R-Pa. 9th) have drafted a Good Samaritan amendment to Pennsylvania’s current drug law that is similar to those already in place in both New Jersey and Delaware. This new law would make it possible that if someone were in the presence of someone who was overdosing, they would be immune from prosecution for calling 911 and waiting for emergency services to arrive.

The immunity law would potentially do several things: It will potentially save lives of those who fear being arrested themselves for being around someone who is overdosing, and it will alleviate some of the overloading of our current judicial system. The positive benefits of both are clear. The senators are quick to point out, however, that they do not want this legislation being used as a way to immunize drug dealers.

The proposed amendment to Pennsylvania’s drug laws received unanimous and bipartisan approval in State Senate Judicial Committee and passed up to the full Senate during a vote this week. Legislators are hoping that the law will be passed by the spring of 2014.

If you are potentially facing a conviction involving a narcotics charge, give the Law offices of Steven E. Kellis a call. He knows the law and can help you in lessening or even avoiding harsh prison sentences, excessive fines, and other penalties. With over 20 years of experience in both federal and state courts, the Law Offices of Steven E. Kellis are here for you 24 hours a day, 7 days a week.